The Bahá’í Faith is the most recent in the line of the world’s independent, monotheistic religions. It was founded in the mid-nineteenth century by Bahá’u’lláh, who Bahá’ís recognize as the Manifestation of God for this Day, one of a succession of divine Messengers sent by God to humanity throughout the progression of history, including Abraham, Moses, Buddha, Krishna, Zoroaster, Christ, Muhammad and Bahá’u’lláh’s forerunner: the Báb.

“We, verily,” Bahá’u’lláh stated, “have come to unite and weld together all that dwell on earth.” In the course of its development, human civilization has passed through such stages as family, tribe, city-state and nation. Bahá’u’lláh’s express purpose was to usher in the next and ultimate stage in its evolution, world unity, the harbinger of the Great Peace foretold in the world’s religions. This central principle of His Faith implies the organic and spiritual unity of the whole body of nations and signalizes the “coming of age of the entire human race.”

One among many distinguishing historical features of the Bahá’í Faith is the Covenant He established with His followers. These provisions set down by the Founder of the Bahá’í Faith in His own Writings establish authoritative guidance on the intent of Bahá’u’lláh’s revelation and on the administration of the affairs of the international Bahá’í community. Throughout the critical first century of the Faith’s development, these provisions have both protected the community from sectarianism, and have enabled it to adapt to the requirements of a rapidly evolving civilization. The role and station appointed by Bahá’u’lláh to His son and immediate successor, ‘Abdu’l-Bahá, in His Will and Testament as the Center of His Covenant are also unique in religious history.

The rise of the Bahá’í Faith is similar to the formative period of each of the earlier world religions. Theimplications of a new stage in the unfoldment of God’s will are often unwelcome to influential segments of existing society. The result has frequently been bitter persecution of followers of the new faith. In its first century-and-a-half of life, the Bahá’í Faith has met with several periods of such oppression.

What follows is a brief chronology of the Bahá’í Faith from its birth in Persia in the mid-nineteenth century to its emergence as a world religion which today has over five million adherents from virtually every country in the world, and more than 2,000 ethnic and cultural backgrounds. 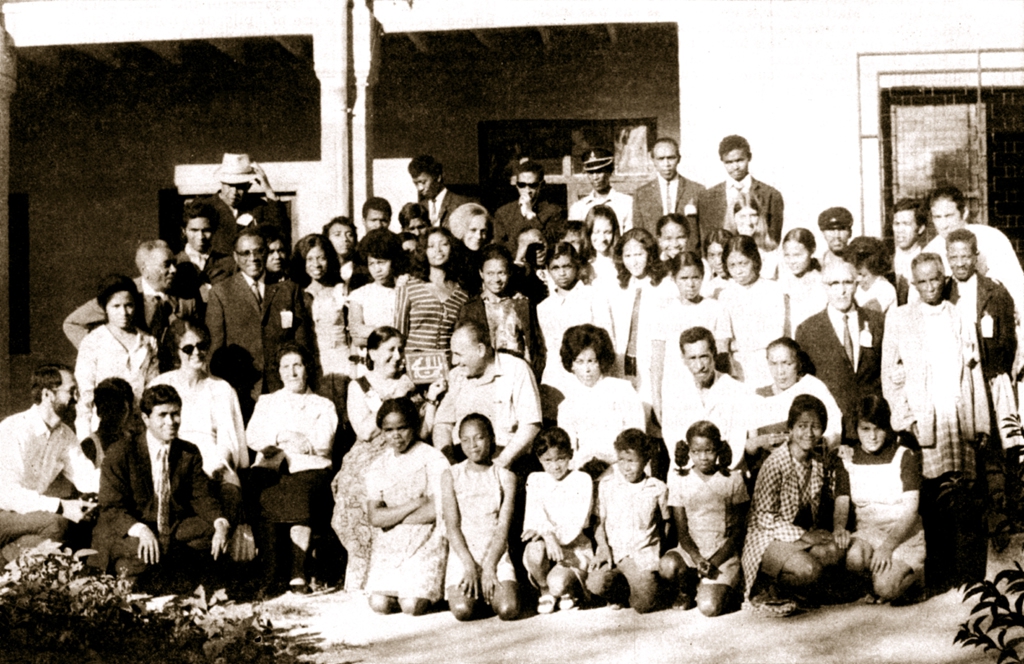 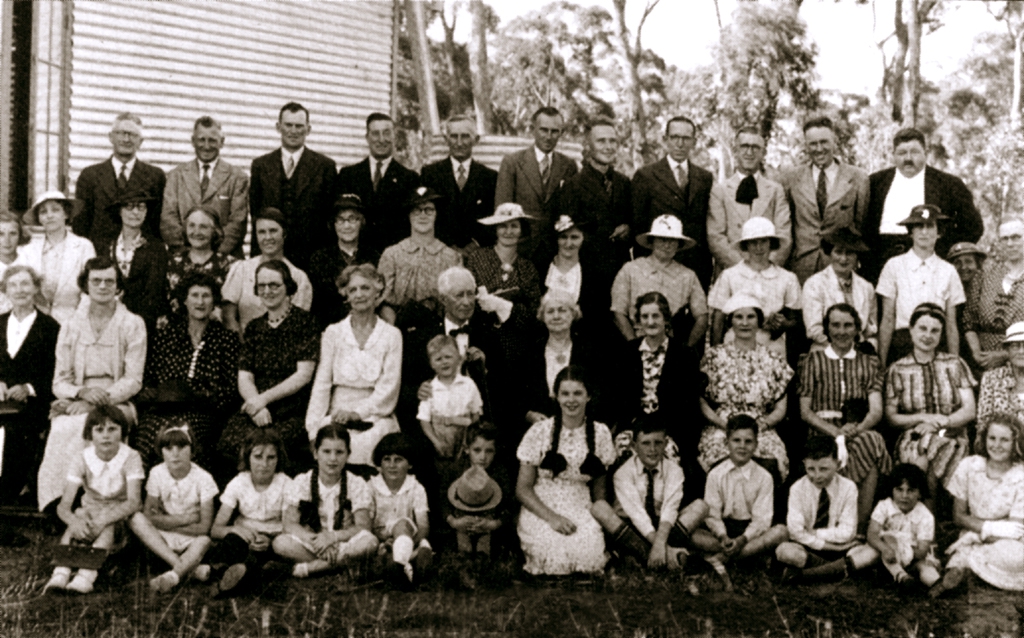 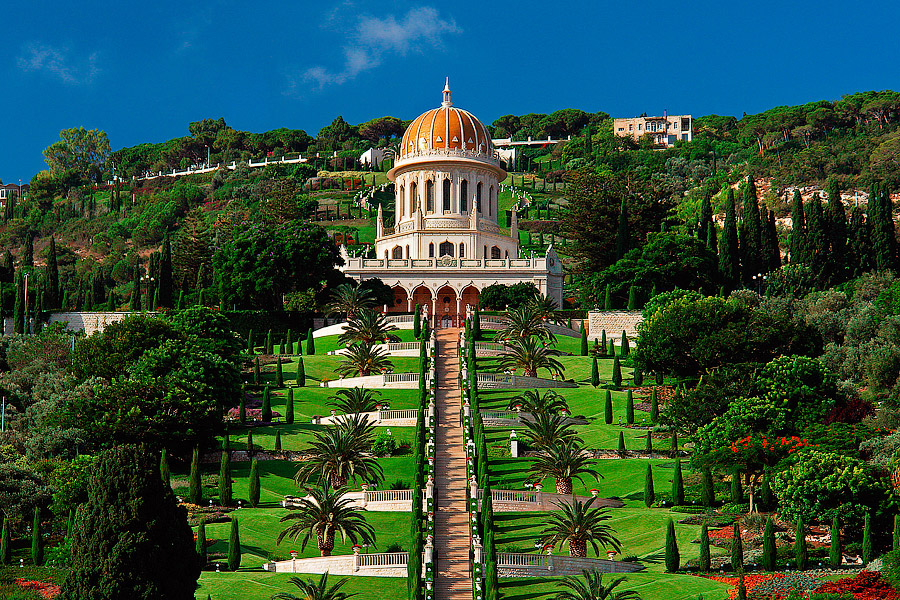 The Ministry of the Báb

Siyyid ‘Alí-Muḥammad, then a young merchant living in the city of Shíráz, Persia, announced that He has been sent by God to prepare humanity for the coming of a new age and the advent of another, greater Messenger Whose coming has been promised in the sacred scriptures of all the religions that have come before. He took the title of the Báb, which in Arabic means “the Gate.” This date is now celebrated by Bahá’ís worldwide as a Holy Day commemorating the Báb’s Declaration and the birth of the Bahá’í Faith.

Denounced as heretical and vehemently opposed by the clergy and the government, still the Báb’s religious teachings spread rapidly and were embraced by thousands of followers. The Báb Himself was imprisoned and more than 20,000 of His followers, known as Bábís, were put to death for their beliefs in a storm of persecution marked by violent massacres throughout the country.

The Báb was publicly executed by a firing squad in the city of Tabríz. Some 10,000 people were there to witness the execution.

Bahá’u’lláh, then known as one of the Báb’s foremost followers, was arrested, beaten and thrown into a terrible underground dungeon known as the Síyáh-Chál (Black Pit). A wave of intense persecution following the martyrdom of the Báb resulted in many others of the Báb’s followers being executed or imprisoned from 1850 to 1852, in an attempt to finally end the fledgling Faith’s still spreading Message from progressing any further. While in the darkness of the pestilential dungeon, Bahá’u’lláh received the Revelation that He is the Messenger foretold by the Báb. After four months Bahá’u’lláh was released and He and His family were exiled from Persia over the mountains to Baghdad.

The Ministry of Bahá’u’lláh

While in Baghdad, Bahá’u’lláh won the hearts of most of the city’s citizens and even local government officials, and the new Faith grew and spread further. In an effort to remove Him further from Persia, He was exiled again, to Constantinople. Just before His departure He stayed in a garden just outside Baghdad where many followers of the Báb and admirers came to bid Him farewell. It was here that Bahá’u’lláh revealed to His followers that He is the Promised One foretold in the Báb’s Message, turning an occasion of sadness into a celebration of joyful tidings. Henceforth, the religion was known as the Bahá’í Faith. The festival of Riḍván, celebrated by Bahá’ís worldwide each year, commemorates the twelve days Bahá’u’lláh stayed in the garden outside Baghdad which He gave the name meaning “paradise,” and during which He made His Declaration.

Bahá’u’lláh revealed numerous volumes of Sacred Scriptures, outlining His Teachings, answering theological questions, and establishing the laws and institutions of His Faith. Bahá’u’lláh is a unique figure in world history in that He establishes in writing the future pattern of the Organization of His Faith.

1863 – The public proclamation of Bahá’u’lláh’s Mission

After only four-and-a-half months in Constantinople, Bahá’u’lláh was banished further, to the city of Adrianople. It was during His relatively brief time here that He wrote many letters to the kings and rulers of the time, informing them of the advent of the Day of God, calling upon them to answer the summons of the One promised in the sacred scriptures of all the religions professed by His recipients, and exhorting them to rule with justice and devote themselves to the reduction of armaments, the establishment of peace, the elimination of poverty, and tending to the service of their subjects.

After four-and-a-half years in Adrianople, Bahá’u’lláh, along with about 70 of His family members and followers, was sentenced by the authorities of the Ottoman empire to perpetual confinement in the prison city of Acre, in what is now northern Israel. The order of confinement was never lifted, but due to the growing recognition of the greatness of His character, Bahá’u’lláh was eventually allowed to move outside the walls of the city to a nearby estate called Bahjí.

Circa 1873, during His confinement in Acre, Bahá’u’lláh revealed His book of laws, designated by Him as the Kitáb-i-Aqdas, the “Most Holy Book” of His Dispensation.

Bahá’u’lláh passed away and was interred at Bahjí. For Bahá’ís, His Shrine is the holiest place on earth and a place of pilgrimage. At His instruction, the spiritual and administrative center of His Faith was permanently fixed in the area of the two cities of Acre and Haifa in Israel. Bahá’u’lláh left a written will in which He appointed His eldest Son, ‘Abdu’l-Bahá, as head of the Faith after Him, Center of His Covenant, perfect exemplar of His Teachings, and the authorized interpreter of His Writings. The name ‘Abdu’l-Bahá means “Servant of Glory”. 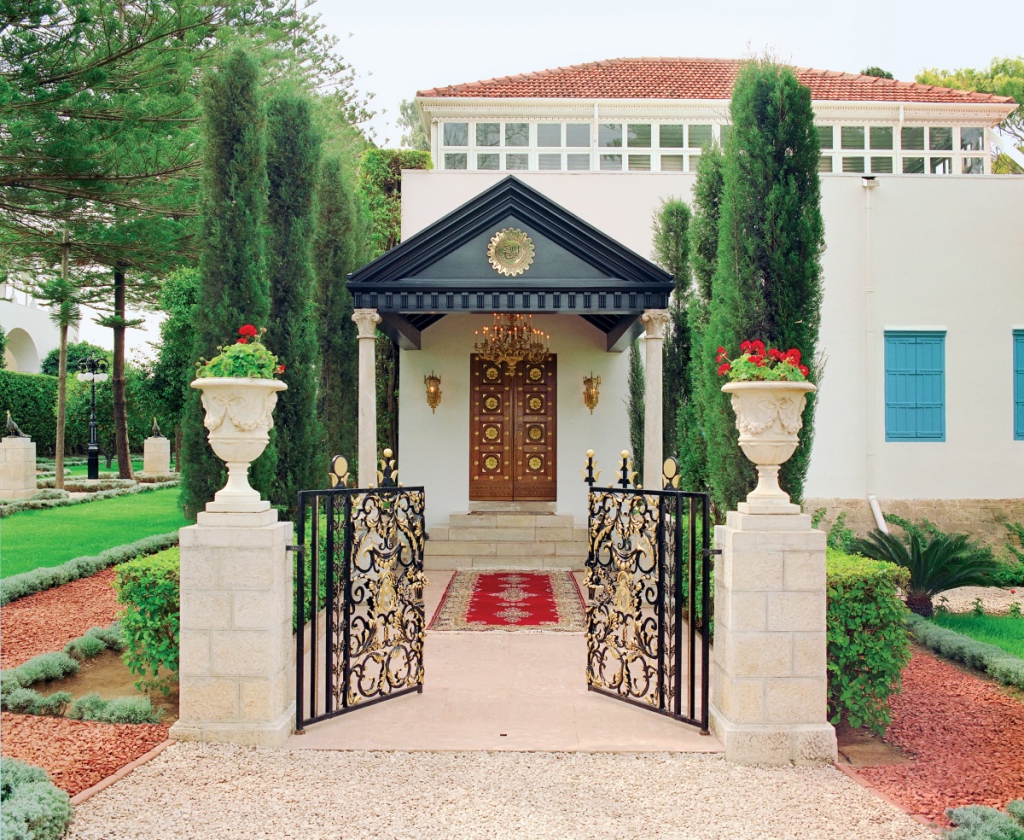 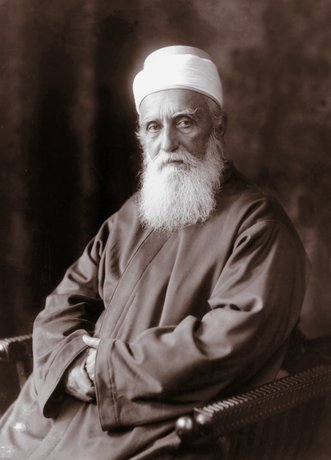 After many years the Báb’s remains were at last safely laid to rest by ‘Abdu’l-Bahá in the Shrine of the Báb on Mount Carmel in the city of Haifa.

Following the Young Turks Revolution, ‘Abdu’l-Bahá’s imprisonment had ended. He embarked on a journey throughout Europe and North America to spread His Father’s Teachings to the general public and encourage the nascent Bahá’í communities of the Western world.

‘Abdu’l-Bahá passed away on 21 November 1921. In His Will and Testament He designated His eldest grandson, Shoghi Effendi, as His successor and conferred upon him the title of Guardian of the Bahá’í Faith.

During Shoghi Effendi’s ministry the Faith spread over the entire world, and its local and national administrative institutions, as envisioned and described by Bahá’u’lláh and elaborated upon by ‘Abdu’l-Bahá in Their Writings, were established. The Guardian also translated numerous Bahá’í scriptures from Arabic and Persian into English, wrote several major works, carried on a voluminous correspondence, and gave great impetus to the development of the Bahá’í World Centre in Haifa. With the passing of Shoghi Effendi in 1957, the line of hereditary leaders of the Bahá’í Faith came to an end. 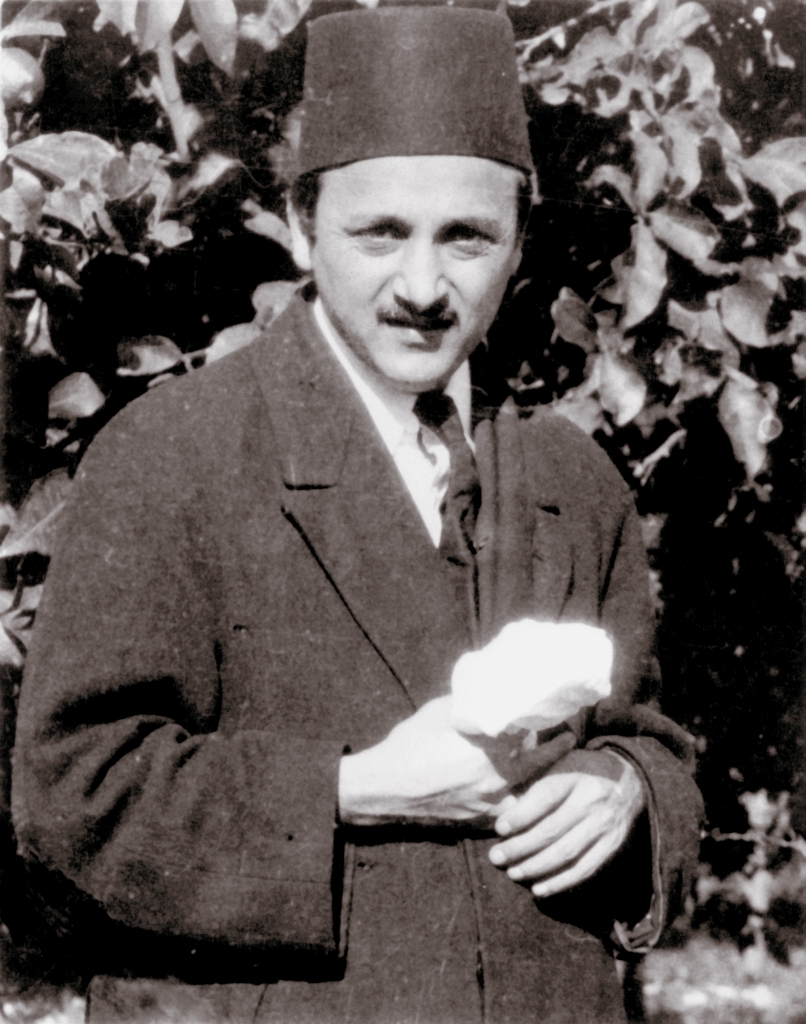 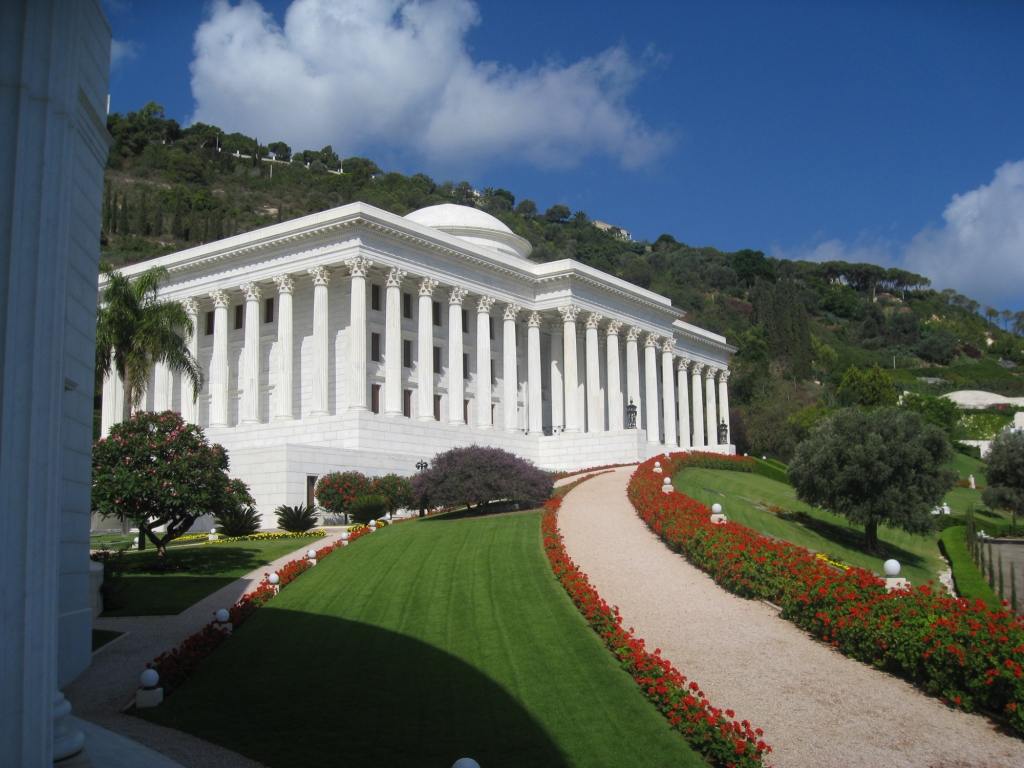 1963 – Election of the first Universal House of Justice

‘Abdu’l-Bahá gave significant attention in His Writings to the clarification and delineation of the administrative system conceived by Bahá’u’lláh. In His Will and Testament He specified in particular the responsibilities, functions, powers and authority of the two institutions which would succeed Him: the Guardianship and the Universal House of Justice.

One of Shoghi Effendi’s chief goals during his ministry was the development of the Bahá’í community to the point where it could sustain the establishment of the Universal House of Justice, the elected council ordained by Bahá’u’lláh, whose aims and purposes would be complementary to those of the Guardianship. Five-and-a-half years after his passing, the conditions necessary for this to occur were finally fulfilled.

Today the Bahá’í Faith is guided by the Universal House of Justice, whose nine members are elected once every five years in accordance with Bahá’u’lláh’s instructions, and which is endowed by Him with the authority to legislate on matters not explicitly laid down in the Bahá’í scriptures.

The Bahá’í community now has over five million members worldwide. Elected national Bahá’í administrative institutions exist in 182 countries. The Bahá’í International Community is an officially accredited non-governmental organization (NGO) at the United Nations. Bahá’ís all over the world continue to spread Bahá’u’lláh’s Message and pursue many endeavors of service in their local communities, such as spiritual education classes for children, socio-economic development projects, devotional gatherings, and many other activities.